Harassment from the NHS

Im writing this blog post as a record of another episode of harassment from Common Purpose scum. I rarely blog these days but I will use this blog in future as a record of incidents of harassment. Yesterday, June 5th at 6.47pm a woman calling herself Lynn Ballinger, a nurse from Mansion House surgery in Stone telephoned my home asking for a menber of my household who I will call x who was out at the time. I asked her what she wanted, and she told me she was inviting x to have the covid vaccination. I told her " I think you mean the clinical trial which ends in 2023" but she said " No, the vaccination " and this went on several times until I asked her if she had researched this treatment, and she said she had not. So I asked for her full name, as she had only given her first name, which I think is very out of order and unprofessional, and she reluctantly gave it, and I told her that what she was inviting x to was a clinical trial which has been the cause of a lot of serious side effects, blood clots and deaths. She then told me that she had done research, and started to spout off about her committee meetings and nonsense. I stopped her right there and told her there was an ongoing law suit being prepared for the people who have been damaged and killed by this clinical trial. She said "So youre refusing the vaccination" and I said, " No, its not up to me, its up to x, I know x will want to speak to you about this so please can you give me your telephone number so that I can pass it on to x to ring you" She then told me she couldnt give me her nunber as she was using a locked mobile! I asked if she could give any number and she said no! I asked her why not and she said I hadnt given her my name! She asked my name and I told her my name was none of her business. This went on for some time, eventually I asked her if x could ring the surgery, and she said yes. I found the whole incident outrageous. What on earth are they using locked mobile phones for? Why are they not using the SURGURY phone number? The whole thing absolutely reeks of corruption.
Posted by Zoompad at 17:37 4 comments:

Im writing another book at the moment. I'm having to spend more and more time resting these days, so I hope I will have time to finish it. I have tried to live a good life and not to hurt other people. And Ive been very brave, and fought a valiant fight against child abuse and trafficking. And I have tried to stay true to myself, and to God, and not sold my soul. The love of money is the root of all evil. Money is not the problem, its the love of it, the grabbing and grabbing of it that is the cause of evil. When money, making more and more money pushes out the decency of your life, when the pursuit of it makes you turn aside from your hearts desire, it robs you of your joy and strength. Guarding your stash blinds you to the beauty of your existence. You spend your time and energy and beauty guarding that stash from everyone, even your loved ones. Its so sad how the love of money uglifies everything. I pray with all my heart and soul that the wicked spell will be broken. And I pray for my friend to manage to get through the eye of a needle..
Posted by Zoompad at 16:59 No comments:

Most if not all of the problems on this planet could be solved if only we people knew what love is, and put it into practice.

Love is more than a pretty feeling, it's a whole body decision to cherish, to do righteousness.  It's an act of worship.

Notching conquests of pretty girls on a bedpost isn't love either, it's disgraceful predatory behaviour.  We have an ugly example of that in the current Prime Minister. What  a pity Jeremy Corbyn was robbed of the job of leading this country,  we needed a man who first knows how to love and cherish his own family. Instead we have a man who could not care less about what happens to the people in his own family circle, and even less about the rest of us.

Love Thy Neighbour. It doesn't mean spying and snooping on your neighbours, curtain twitching, and grassing them up to the authorities for ridiculous non crimes.

Love yourself.  A hard one for many of us, including myself. Us child abuse/trafficking victims have a particularly hard time loving ourselves because we've been on the receiving end of some pretty grim treatment. But we have to try, because we are worthy of kindness and love too. Keeping our own bodies as healthy and beautiful as we can is an act of love and gratitude to our Creator. Forgiving ourselves and comforting ourselves after we've gone spiralling into self destructive mode is loving ourselves. Do unto others as you would have them do unto you, and you can reverse that, people who have been cruelly broken need to reverse that as well.

Love the Lord your God. We are created, we were made frail and graceful beings, naked and innocent. We have become the most terrifying and wicked creatures on the planet!  The wildings fear most people,  because they know what terrible things people do. What a joy it is to be trusted by wildings, to have their trust so much that they come bounding up to you when they see you, because they recognise a friend. It's such a privilege to be invited in to a family of birds, when they trust you so much they ask you to help them when a predator is stalking their nest.  You don't have to be Dr Dolittle to understand their language, you simply have to love them and listen and watch.

The other creatures on this planet are exploited because of our failure to love them and ourselves. The supermarket is full of dead body parts of poor enslaved tortured murder victims,  cold slabs of death, and most of us were brainwashed into believing we had to fuel our own bodies on these gruesome remains. Our own bodies are polluted with death and a cocktail of poisons, instead of being nourished with food grown from sunshine and rainfall. The lies of the advertisers tell us we will get sick if we don't  eat animal products, well all I can say about that is take a good look at the state of the people, look how obese and sick we have become as a nation. The Church actually told me that refusing to eat exploited animals was a wicked sin and disrespectful to God. I have had to rethink many of my own spiritual beliefs recently, because some things just don't make any sense. I don't think I'm insulting my Creator by  trying to care for my own health and by refusing to take any part in the mass murder and exploitation of other creatures.

Lastly, I don't believe the Beatles were right.  They sang "All you need is Love", but I think you need Faith as well. Rejecting our Creator robs us of our own strength. We need to accept Love as well as give it.

That's my name for the so called "intelligence" services that is the cuckoo nest of filthy child trafficking scum, which is the ruination of this country.

it really isn't a very intelligent thing to do to persecute child trafficking victims, and especially ones who have given their hearts to the Holy Spirit. The sheer stupidity of men who think they can "do as they wilt" in this world and get away with wickedness piled upon wickedness with no consequence.

I have CPTSD, and I know many other child abuse/trafficking victims have this too.  It's been caused by decades of targeted harassment, which is what happens to anyone who is institutionally abused in the UK.

Many people do not understand about CPTSD. They think it is like mild depression,  something you can shake off easily, if you put your mind to it. In fact, it is brain damage, and it affects people in physical ways as well.

I rarely sleep through the night, not because my mind is ticking over everything and stressing over every little detail of everything, but because of the sheer agony my body is in some nights. Being harassed and persecuted for years and years has taken its toll.  I used to comfort eat and had Pica, I was literally eating myself. I used to eat and eat even when I wasn't hungry, and stuff myself with carbohydrate rich foods,bread, biscuits, and make myself sick. I piled on weight, my skin and hair look terrible in some of the photos taken a few years ago, I felt like death, I actually wanted to die, I lost my joy of living. I now have gallstones, and undiagnosed bowel problems which I suspect might be a tumour. I am in such agony sometimes and I've collapsed in the toilet and been sick. I have no access to a GP, because my GP is abusive and sent me to a DWP job coach instead of a specialist.

The pain is so cruel some days, and more often than not  at night, it makes me breathless, it's worse than the pain of giving birth. I have to employ the same techniques for coping with it, painkillers don't help, I have to use breathing techniques to "ride it out".  I've recently spent some money on some medicine and equipment, and I am thinking about buying a tens machine to help with coping with the pain. Going vegan in 2018 has reduced my weight,  and I'm shocked to see old photos of myself looking so ill. I thought I was dying in 2018.

I'm very lucky to have some wonderful online friends, other child abuse victims, and people who are involved in holistic medicine. I am trying to heal my body and soul.

I'm writing this because I want people to understand why I don't update this blog every day.  I did stop blogging for a while due to Stafford Police, who are a menace to society. Stafford Police have bullied me again and again over my blog, threatening me, trying to order me to close it down, which I will not be doing.

I am trying to heal and would appreciate any prayers.

I DO NOT LIKE BEING HOUNDED BY THE DWP 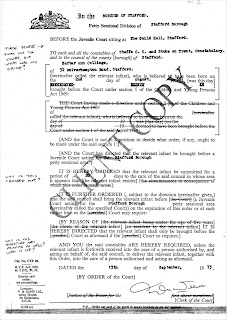 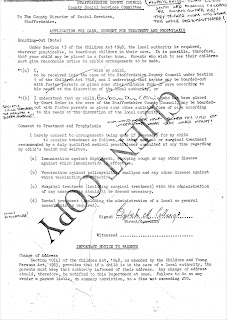 So I am going to start publishing evidence of the disgusting abuse i suffered as a child. My mother was tricked into signing me over to the disgusting creatures who abused me.
Posted by Zoompad at 13:57 9 comments:

THE DWP HAVE STARTED THEIR HOUNDING AGAIN

I had a letter from them this morning. I feel sick inside, they know exactly what they're doing.

It's like being punched black and blue, allowed to recover for a while then the punching starts again.

I'm writing to them today.

Should there be secret family courts in the UK?